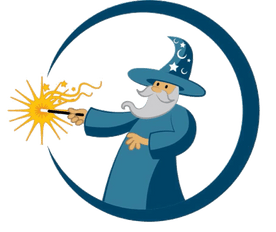 The Cult of the Octopus

The ancient ones are rising, and their heretic followers are making life difficult in Oceimaia.

In the time before time, before the wars and before the people became fragmented and living not trusting each other, the Gods looked down on the realm and played with creatures and beings beyond imagination. They created the seas, filled them with terrifying creatures, and then raised the lands from those seas to isolate some of the creatures from the others.  This caused two events to happen.  The first was the creation of the explorer spirit. The second was the rise of the Ancient Ones.

The ancient ones, themselves nearly Gods, played with the people of the Realm purely for amusement. Sometimes kindly, and often with malicious intent. For hundreds of generations the Gods and Ancient ones ruled over Eberron, Greyhawk, the Sword Coast, the levels of Avernus and the plains of Ravnica, as well as over Oceimaia. These Demi-Gods inspired cults to form filled with fanatical warriors, and tyrannical worshipers. One of the greatest of the Ancient Ones was the Cephalopod, Diabhalóg.

The Jarls of Oceimaia battled amongst themselves for control of the seas. The trade routes between states, and bypassing adversaries grew rapidly by ocean transport. When the fear of the oceans decreased, the actions of the Ancient ones became bolder, and more powerful. Eventually Oceimaia became isolated from the other realms. Terror becoming normal for those venturing upon the waters

Terrorizing fishing villages along the coastal islands, Diabhalóg inspired fear from the people, and a devout following of Priests and other fanatic warriors.  The most devout followers formed ‘Latreía tou Chtapodioú’ or Cult of the Octopus.

Welcome traveler to the lands of OceimaiA.

Oceimaia is a massive continent far to the west of

the Sword Coast of Faerun home to Neverwinter

and Waterdeep. Adventurers and traders have

heard stories of these fabled cities for generations,

but few have ever ventured forth beyond sight of

Ruled over from the city of Eastcliff located on the

eastern shores of the central state, the land is ruled

by an Aristocracy of Jarls who determine economic

into fifteen country states, each one ruled by a Jarl,

and his appointed council Combined the Jarls form

the governing council with the ruling family being

said to be descendants of the first ones, the people

before people who settled these lands, but who

hold very little power or sway over the Jarls.

Oceimaia was one of the lands that drifted from the

great cataclysm when the worlds were one, until as

a distant memory the others were nearly forgotten.

The cataclysm triggered the last great war, the time

when Our story begins with an old half-

elf caretaker and the mysteries of his lighthouse.

This 1 st through 4 th level adventure is provided for

Dungeons and Dragons 5e through Dungeon

Masters Guild and is part of the Forge of the

contents of this adventure make reference to the

Guide, and Xanathar’s Guide to Everything.

Give customers a reason to do business with you.